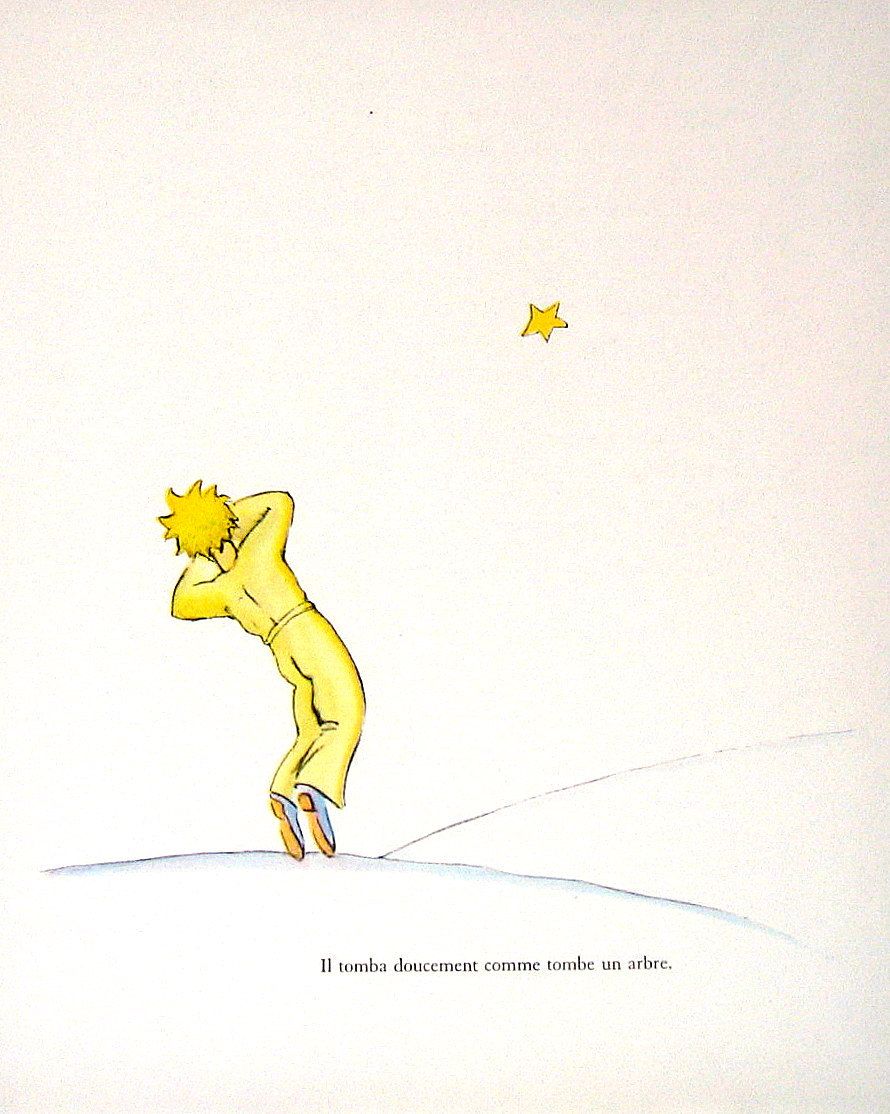 we are just an advanced breed of monkeys on a minor planet of a very average star. but we can understand the universe. that makes us something very special.

one can see clearly only with the heart. what is essential is invisible to the eye.

in recent years i’ve watched a lot of television drama series. including lots of foreign language dramas. often that is all i have the energy to do. when i’m immersed in a story told in spanish, or danish, or whatever, i can almost convince myself i’ve learnt that language by association, and become fluent in it. in the past couple of years i have had a handful of thrilling but brief moments of believing i’m multilingual. i don’t get to do anything or go anywhere in real life, i think, but i have magical powers of communication.

i haven’t written for ages. which is definitely too long not writing. and i now find i’m in danger of becoming invisible to myself. i have forgotten where i start and end, and how my end and beginning coincide with where the rest of the universe begins and (apparently) doesn’t end.

i am sitting next to a pool surrounded by grasses and wild flowers in a moonlit woodland. the moon is full, there are no artificial lights for miles and miles, shards of light are shining through between trees, and these shards illuminate the colours of some of the flowers. little purple ones with yellow centres and pale furry leaves, and larger orange flowers whose petals are weighed down by tiny droplets of dew. i have been alone by the edge of that pool for so long that i’ve lost touch with what time of night it is, or even what season i’m in.

i throw little pebbles into the centre of the water and watch circles eddy out from where they hit the surface with a soft plop and go under. i’m searching for something in those tiny concentric waves, seeking messages. i’d like the world to stop turning. if the world would just stop turning for a while, and the moon’s reflection in the water remain still and steady for long enough, i might be able to understand.

i need to make sense of something. but first i need to work out what that something is.

i think i need to learn a new language.

there’s a woman in a television drama. she works for the secret services. she is being held in an interview room at a police station somewhere in a major city. she needs to get a message to someone to get her out of that place. this isn’t only a matter of life and death for her – it is that, of her own life and death – but also concerns the imminent end of the world. imagine being one of only a handful of people around your planet who knows your world is going to end soon. the woman is aware that she is being filmed and observed on a screen by a man somewhere else in the police station. so while she is being interviewed and answering questions, she is also surreptitiously tapping her fingers on the desk, beating out a silent pattern of communication. she is using morse code to tell the man watching her on the screen in another room something which will convince him to come to her rescue and help get her out of the station.

the woodland i’m in might be a place on the wrong planet which i haven’t visited before. perhaps the wrong planet is similar to the one in the illustrations of the story of the little prince. maybe it is so small i could walk from one side of it to the other independently, without needing anyone to push me in my wheelchair.

in a different television drama, a woman, a talented musician, is staying in a huge room with an antique bed in a big house in a rural location outside a village. she is trying to make sense of who she is. the person she had always believed was her birth mother has recently died, and left a shoe box containing newspaper cuttings and photographs. these images and papers concern a child who went missing from that village more than twenty years ago. the musician is convinced that her mother left this information intentionally; that she wanted her daughter to visit the village and to find out what happened there all that time ago. and to discover how what happened pertains to the musician’s own life. the musician becomes aware that a strange man is following and watching her.

in one scene the musician sees this man standing in the shadows of some trees in a field next to the grounds of the big house. she calls out to him and heads towards him, on foot and at speed, which confuses me. surely she must know she can’t walk that far, i think, let alone run. she will have to wait for a friend to bring her wheelchair, or to chase him on her behalf.

so many stories. so many places and planets. so many beds in stranger’s homes which i might have slept in. i might have slept in some of them for so long that i have dematerialised and melded into the fabric of the building. so many languages and ways of saying and not saying things, and all those codes. some days it feels like you are part of a bigger picture, that how you see things and say things could count for something.

some days i’m not sure i haven’t been in a bed somewhere else forever, disappearing, becoming invisible. losing the power of speech.

pondering edges. lying awake as a child trying to envisage the universe going on forever. you keep flying on through its star filled blackness, yet its end points persist in appearing. you push forward, straining to drive those edges further and further away. but no matter how hard you work at this, even when you succeed in keeping frontiers at bay, you know they are still there, just out of sight.

those frontiers insist on existing.