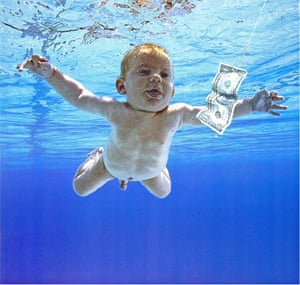 who looks outside, dreams; who looks inside, awakens.

i would not wish my dreamland on anyone. it is a bleak, frightening, alienating space. but once in a blue moon my unconscious treats me to a dream which is not horribly disturbing or traumatising.

the other night i was dreaming about my new baby – a boy – who i was carrying around with me wherever i went. (in this dream i was not disabled.) for most of the dream my baby bore very little resemblance to an actual human infant. his appearance changed at different points, but mostly he looked like, and was about the size of, one of those weird gonk toys we used to have in the 1970s. (in fact, i currently have one on my mantlepiece. i was delighted when the thin man found it for sale in a local shop a few months ago. i think it cost 50 pence.) in case you are unfamiliar with gonks, they are plastic troll-looking dolls not much more than an inch high. they have a disturbing hollow in the top of their head, as if they’ve been scalped and had their brain scraped out. a mad tuft of brightly coloured synthetic hair roughly two inches long erupts from this head-space, adding to the tiny creature’s amusing air. i am very fond of mine, and enjoy how its striking green hairdo mirrors the shape of a small one-leaved succulent plant nearby on the same mantlepiece.

at one stage in the dream my friend the professor turned up. she was taking in my new offspring appreciatively, convincingly oblivious to his glaring similarity to a small plastic toy.  as the two of us gazed adoringly at my little boy, the professor exclaimed – “he looks exactly like your father!” and when she said it, i was convinced she was right. in that moment i believed that my plastic novelty toy baby looked just like his grandfather, my dad.

my major concern during this dream was what i would call my new child. (i can’t say for certain whether this struck me while i was inside the dream, but in hindsight i realise that when i think of my unborn children they are almost always two girls. so i have names for possible dream daughters, but not for sons.) i was very unconfident about choosing a name. i kept asking other peoples’ advice, until suddenly i knew that i wanted to call him erland. and when this name came to me, my dream son transfomed into a real full-sized human baby. i experienced the pleasure of the weight and warmth of his chubby form in my arms, and tenderly cradled his head in one hand. erland didn’t sound right (ha ha) with my second name, so i decided he would be erland cooper wright.

erland cooper is a real person. he is a scottish musician who makes music about landscape and wildlife in orkney.

One thought on “the upside down”